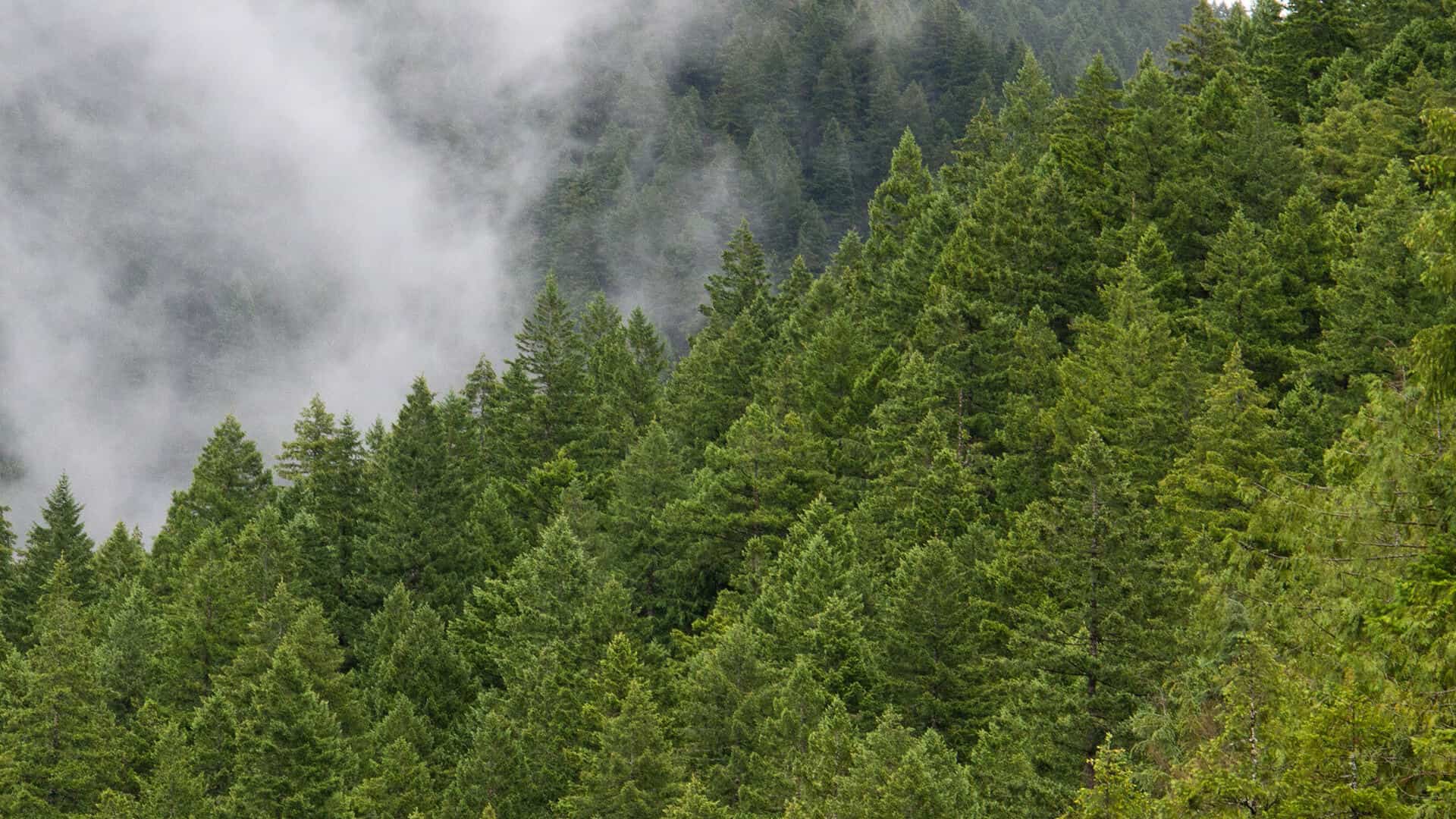 Blog > In The Beginning…

in Behind the Scenes, Lifestyle, Story 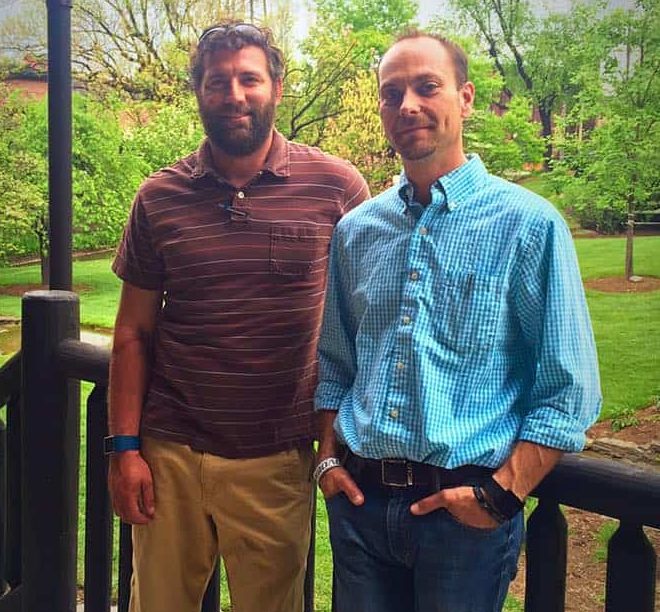 The story of Lakeside… where to begin? That’s a hard question to answer. There is no defining moment, no line in the sand. No “this is where it all started moment” It was 2 guys who met at church in 2007 and became buddies, eventually started a side gig together to make some money to support their families. This construction business started in 2012 and Ryan and Nick began to utilize their skills and experience in construction to do remodel work and home improvements. 2 other buddies teamed up to make a 4 man crew that had a steady stream of business for 3 years.

Not sure exactly how it happened, no plan on our end, yet the jobs started increasing to have a more custom look with wood finishing and more in shop builds than house demo. That adjustment in work had become very appealing to Ryan and Nick, more flexibility in hours and the work was more interesting. Then in 2015 they stepped away from the construction company (one buddy still runs it and it’s a very successful business as well!) and stepped into Lakeside Woodworks. The same 2 guys (Ryan and Nick) made this wood thing a real business. Ryan being the life long trained woodworker who enjoys creative builds and Nick being the engineer and woodworker in training that also brings an entrepreneur business mind. Put those friends together and it’s a great match to launch a new venture together. 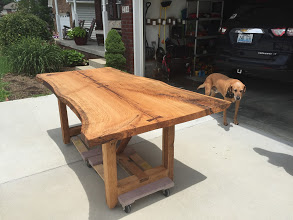 The real launch into a full steam ahead was Nick making our dining room table in the summer of ’15. It was on my dream board, a live edge dining room table, for us at our house. Note that it was built just for us and like a test to see if Nick could take his skills to the next level. Ryan gave some tips yet let Nick figure it out mostly all on his own. I would like to add that Ryan is a great teacher and loves to share his knowledge with others. He truly lights up when he talks about wood. And fishing, his other passion. So Nick had a great helper that guided him along yet also let him figure it out. That’s a great recipe to growing a solid understanding of what to do and what not to do!

At this point, we had less than desirable tools for this kind of build, so it took forever to build! Lots of blood, sweat and time went into that table. Our tool selection were better matched for the line of remodel work…Yet we have always just made it work and learned along the way. As in he hand planed the entire table! It’s a 6 1/2 x 43″ table y’all! That might add some perspective to what kind of tools we had back then. Crazy, right?!?

As soon as it was brought into the house, the real story of Lakeside began. I documented it on FB not to get business, just because I was so excited to have it come into my home! Not the sharing of the progress was not intentional at all, just a gorgeous table made to bless his wife, that I couldn’t help but to post updates as it came to live and got rolled into the house. And I was super proud of Nick stepping out to see if he could actually do it. 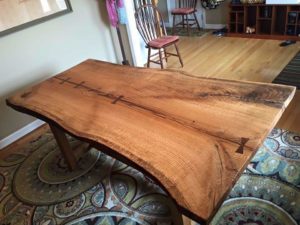 That sure was a fun summer and we had no idea what was brewing behind that table. And it is still our dining room table and always will be. No price tag can be put on that beauty! It is full of imperfections and “learning moments”, ones that Nick wishes he could fix. I know it annoys him to see the flaws as we eat family dinners gathered around that table. Yet I say no, don’t change a thing. I love it just the way it is and all those flaws are not flaws at all. It’s part of the story of Lakeside and what makes it even more special.

We then started coming up with new ideas, finding ways to use pallet wood and reclaimed wood (anything that was free) to dream beyond what we had already going on in the Shop. The work load was small (yet felt big at the time!) and taking any and all jobs that came our way; working late nights on prototypes and concepts that we thought would get us established. Then an opportunity to have a booth at a local Fall Vendor Fair came our way, and we said why not say yes! 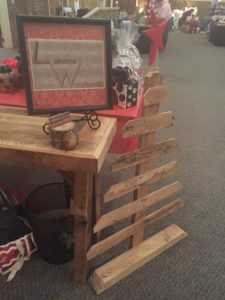 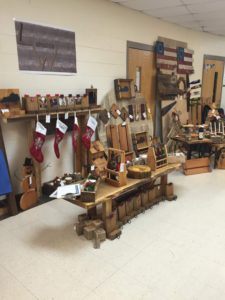 Those concept ideas got kicked into high gear and the nights got longer and more often as we prepared for something that we had no clue would quickly take our business to the next level; all because we took a chance on a way to meet people and show what we could do. What did we have to lose? We had supportive families that said go for it, so we put in the time and used the resources we had available to design an inviting vendor space full of our woodworking items for sale…which also meant load up part of my house and take items off the walls to fill the space. That part of the business has not changed 🙂

Did we sell a ton of inventory at that show? Did we over prepare and leave exhausted and disappointed? Was it 100% worth it? Did it lead to our first spot on TV?  Did we meet influential people whom gave excellent advice, ideas, or just become contacts that have continued to lead to other business?   Come back to the next blog post where I answer those questions and much more. The behind the scenes tour and never been released info will start rolling. It’s going to be really good!